Serine is neutral amino acids with polar side chains. It is one of two hydroxyl amino acids. Both are commonly considered to by hydrophilic due to the hydrogen bonding capacity of the hydroxyl group. Serine often serves as a nucleophile in many enzyme active sites, and is best known for its role in the serine proteases. Serine is a site of phosphorylation and glycosylation which is important for enzyme regulation and cell signaling. It is not essential to the human diet, since it is synthesized in the body from other metabolites, including glycine. 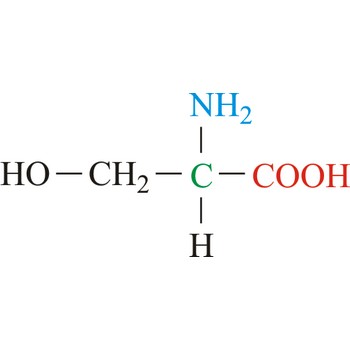