Precision balances typically display results from three to one decimal places (0.001 g up to 0.1 g). The readability precision balances are reduced when compared to analytical balances but, precision balances accommodate higher capacities (up to several kilograms). In its traditional form, it consists of a pivoted horizontal lever of equal length arms, called the beam, with a weighing pan, also called scale, suspended from each arm. 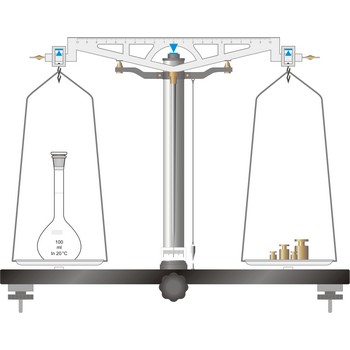 In electronic top pan, or toploader balances, mass is determined not by mechanical deflection but by electronically controlled compensation of an electric force. The signal generated enables the mass to be read from a digital display. The mass of the empty container can be stored in the balance’s computer memory and automatically deducted from the mass of the container plus its contents.