Liebig condenser is used for condensing of vapours that pass trough the centre tube. It is cooled with water that passes in the outer tube (shell around the centre tube) in the opposite direction than the one of hot vapour. Though named after the German chemist Justus von Liebig (1803-1873), he cannot be given credit for having invented it because it had already been in use for some time before him. 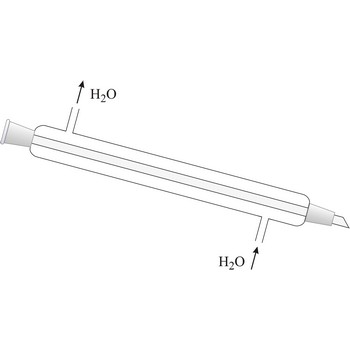