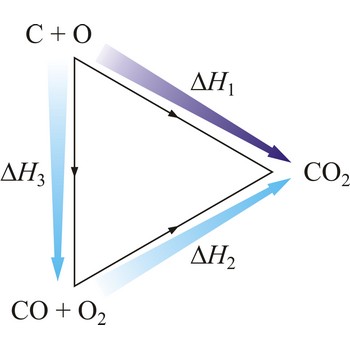 The equation shows the standard enthalpy of formation of CO to be -110 kJ/mol.