Erlenmeyer flask is a glass container which has a narrow, cylindrical mouth and a cone-shaped main body that ends in a wide, flat bottom. It was named after its inventor, a German chemist Richard Erlenmeyer (1825-1909). Erlenmeyer flasks are most often used in titrations to hold the liquid that is being titrated. 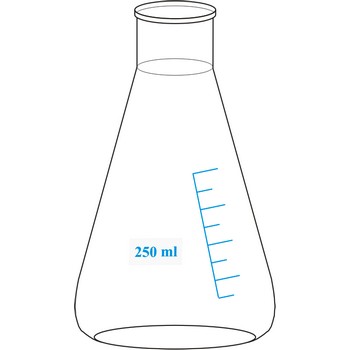