Dewar flask or vacuum bottle is a container for storing hot or cold substances. It consists of two flasks, one placed inside the other, with a vacuum between. The vacuum prevents the conduction of heat from one flask to the other. For greater efficiency the flasks are silvered to reflect heat. The substance to be kept hot or cold, e.g., liquid air, is contained in the inner flask. The flask is named after British chemist and physicist Sir James Dewar (1842-1923). Dewar invented the Dewar flask in 1892 to aid him in his work with liquid gases. The common thermos bottle is an adaptation of the Dewar flask. 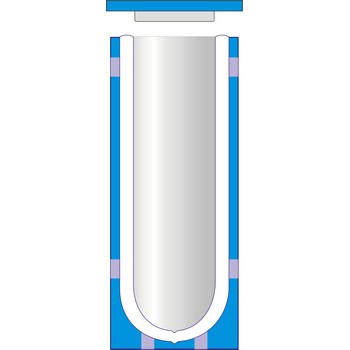